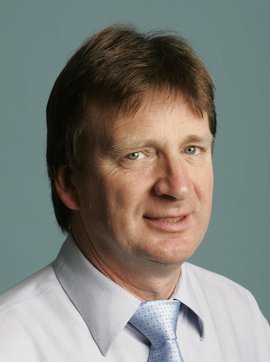 Robert was born in, and remains a lifelong resident of Hazel Grove. He started work as a young lad wanting to know all about buildings therefore became Trainee Building Control Officer with Stockport Borough Council. He also attended the local college on a part time basis getting honours at ONC & HNC level.

This led to the RICS exemption course at Manchester College of Building, taking and passing the final RICS Building Surveying examinations in 1982 thus becoming a Member of the RICS and later a Fellow in 1994.

Wanting more of a challenge, he moved to private practice in Manchester in 1984, and later became an associate with Hogbens Chartered Building Surveyors.

Robert specialises in Design & Contract Administration, Project Management & Employers Agent Services. Bringing in over 30 years experience, initially for RSL’s but more particularly for The Salvation Army where he has carried out the alteration, refurbishment, remodelling and new build of many of their Worship Halls, Community Centres, Care Homes & Hostels throughout the length & breadth of the country.