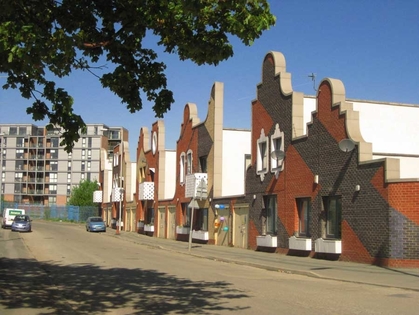 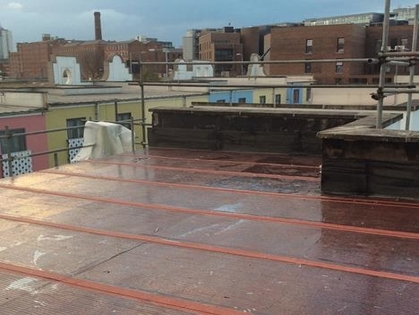 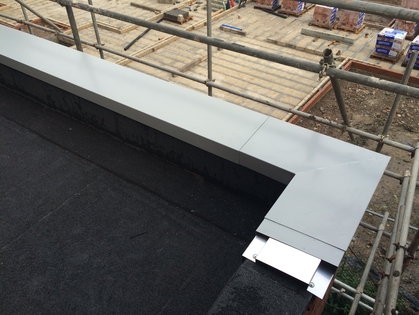 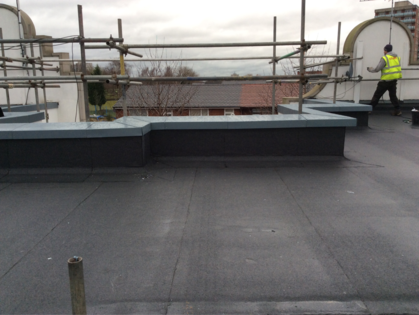 At the time IGL were instructed, the full extent of problems with the properties were unclear. The final solution being arrived at by undertaking internal surveys of all dwellings plus limited “opening up” of the roof construction. These investigations resulted in a comprehensive schedule of remedial works being drawn up.

The major issue for the Client was in relation to the existing roofs where numerous problems of rainwater ingress had been reported by tenants.

In arriving at the proposed roof remedial solution, extensive research was undertaken by IGL to determine the cause of water ingress but also to select a suitable remedial specification. A detailed remedial solution was proposed by IGL which necessitated full removal of the metal sheet flat roofing and replacement with an insulated warm roof “built up” elastomeric felt system providing the Client with a robust warranty for the completed re-roofing works.

The outcome of the further investigations also enabled us to reduce the full scope of works by pinpointing the actual defects and eliminating those elements which had previously been thought by the Client to be problematic, in turn reducing the overall cost of remedial works.

We were able to maintain the original appearance of the building due to careful selection of materials and detailing whilst minimising the environmental impact by recycling the existing metal sheeting and using low “NOx” roofing felt.

The works were undertaken with tenants in occupation during a particular bad winter. The use of the built up system enabled the roofs to be stripped and made watertight during the same working day.

This was achieved by laying the vapour barrier which effectively waterproofed the roof immediately allowing further works to proceed normally. 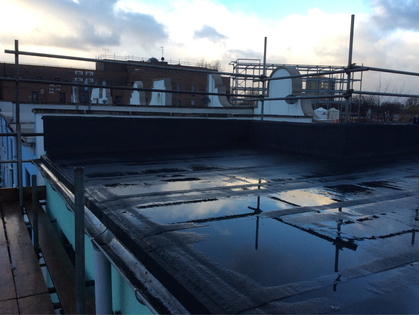 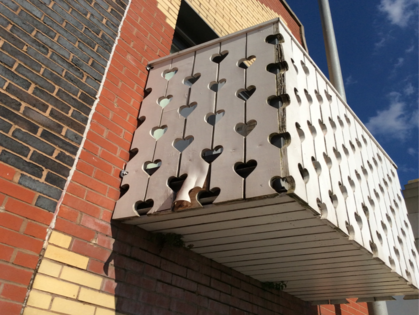 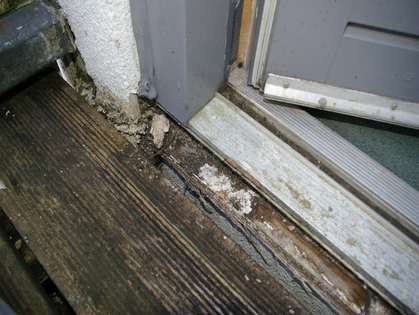 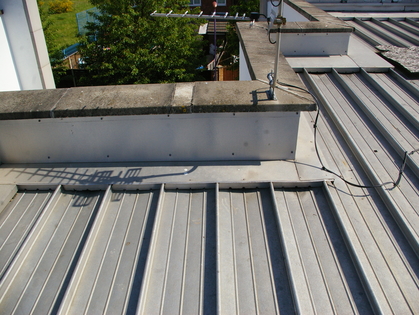